Full Name
The Hon. U.S. Representative Alan Lowenthal (CA-47)
Speaker Bio
During his two-decade tenure as a city council member and California legislator, Congressman Alan Lowenthal's dedication to common-sense bipartisan solutions earned him a reputation among his colleagues and constituents as one of the most respected and effective legislators in both Long Beach and Sacramento.

Born March 8, 1941, Congressman Alan Lowenthal was raised in the Queens Borough of New York City. After earning his Bachelor’s Degree from Hobart and William Smith Colleges and his Ph.D. from Ohio State University, he moved to Long Beach, California in 1969 where he taught Community Psychology at California State University, Long Beach until 1998.

Congressman Lowenthal successfully ran for Long Beach City Council in 1992, where he served for six years. He then continued his leadership in Sacramento, first serving three terms as a State Assembly member, then two terms as a State Senator.

As a city council member, and then as a state legislator, the Congressman fought against the then-commonplace private and public sector belief that environmental protections and economic
success at the ports of Long Beach and Los Angeles were mutually exclusive. His landmark environmental legislative efforts helped lead the two adjacent ports becoming the cleanest and greenest ports in the world, while remaining the busiest and most successful container ports in the Western Hemisphere. The green business model advocated by the Congressman instituted by the two ports has become a role model for ports throughout the world.

While a State Assembly member, and as a founding member of the Assembly's Bipartisan Caucus, he paved the way for creation of California’s first ever independent Citizens
Redistricting Commission, which took the power of redistricting out of the hands of politicians and gave it back to the people 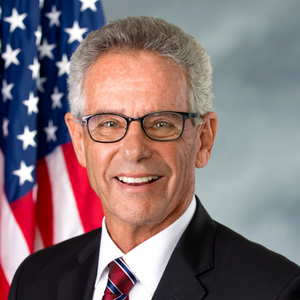